The Gerlach peak (2.655 m) is one of the highest peak in Slovakia, but also the highest peak of the Carpathians. The first person to stand on top of Gerlach peak was a teacher and mountain guide, a German from Spiš. It happened in 1834. He climbed to the top with four other people. The first ascent of Velicka próba was made in 1874 by the climber Déchy. The first ascent through Batizovska próba was made by Slovak mountain guides. For its uniqueness, it is one of the most sought-after and most visited Tatra peak.

The ascent along the classic route to Gerlach by the Velicka próba is possible only with a mountain guide, it is one of the most demanding ascent both in terms of technique and condition. From the hotel Sliezsky dom, which is usually a starting point for ascent, you will find about 8 km of walking and climbing up to the difficulty of II UIAA and about 1000 altitude elevation meters.

Of course, in addition to the above, good weather and suitable condition are also important.  In bad weather, the ascent is very demanding. Suitable conditions for summer ascent are from end of May to end of September, sometimes until the end of October. You can climb to Gerlach even in winter, usually throuh Batizovska próba. It is more technically demanding than in summer.

Maximum number of client:
1 to 2 people depending on the ascent variant and conditions. 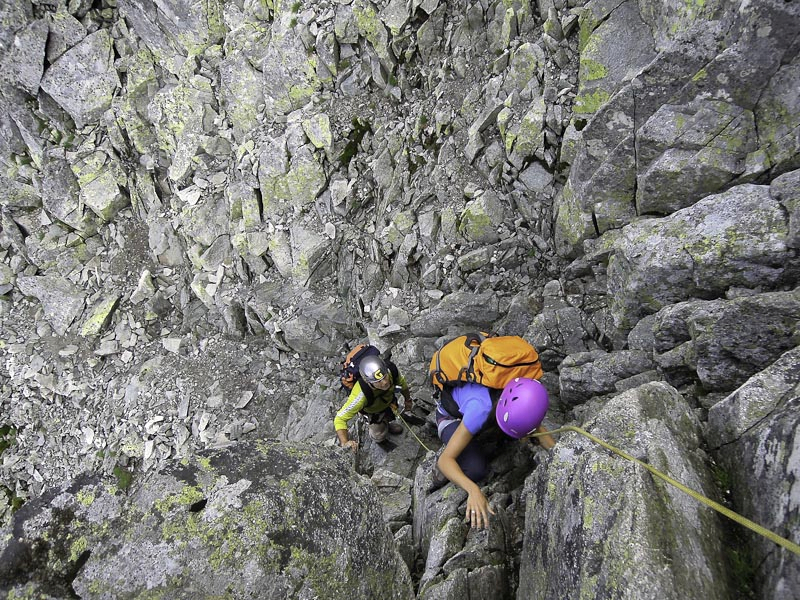 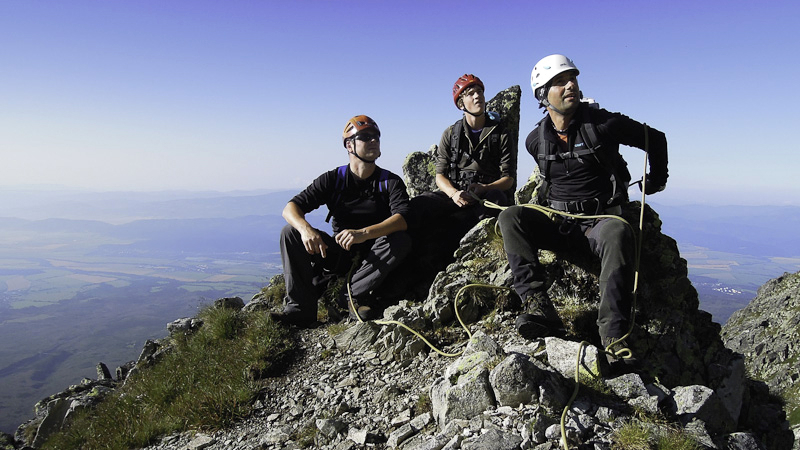 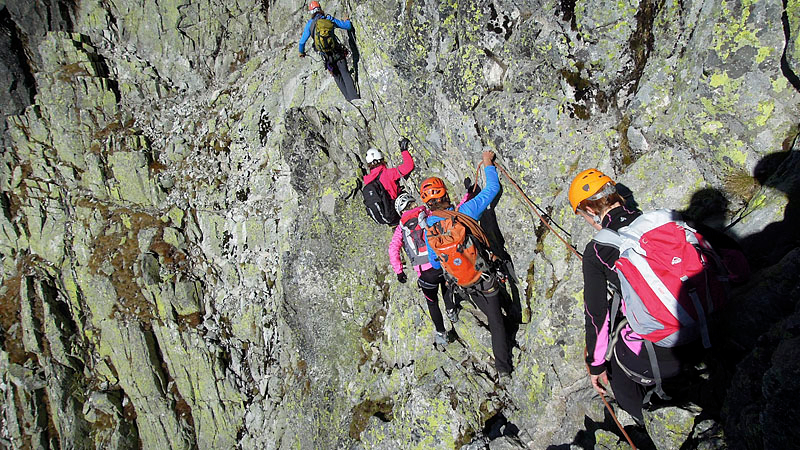 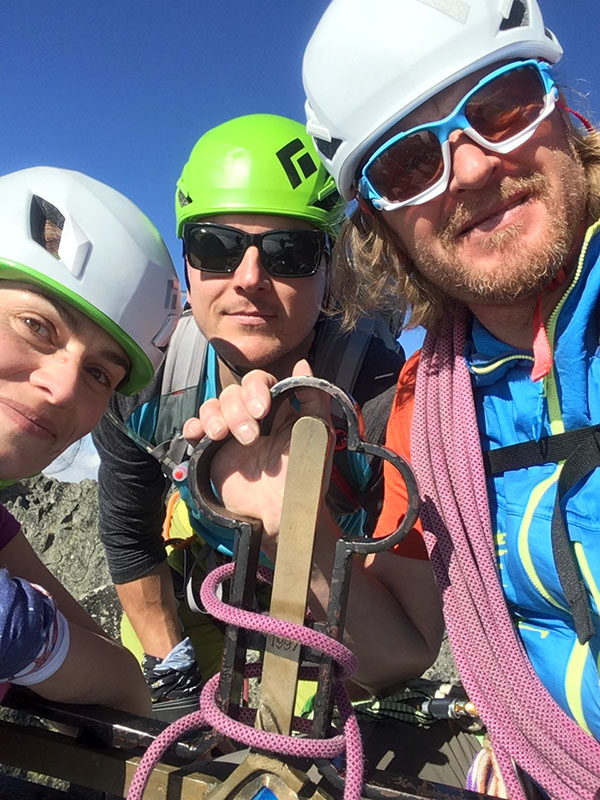 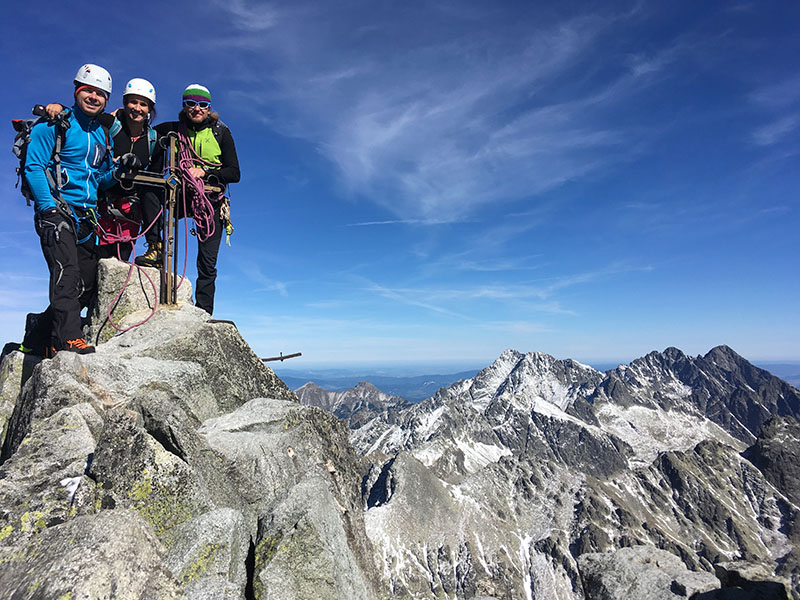 Standard, most popular ascent route. It starts from the Sliezsky dom towards the Polish ridge. Above Večný dažď (The Eternal rain), the sidewalk leaves and we go under Velicka próba, where a more demanding section of the ascent awaits us, which is secured with metal cramps and snares. Then we climb steeply into the saddle, from which we traverse the Gerlach boiler under the Boiler peak. Then under the ridge over several arms, pillars and notches and the final ascent to the very top. We descent through Batizovska próba and around Batizovsky lake along the mountain highway to the Sliezsky dom (Silesian house). This is where the hike with the mountain guide ends.
Ascent time: 6 – 9 hours (according to physical fitess)
Maximum number of clients : 2 persons per mountain guide
Climbing difficulty: I – II UIAA 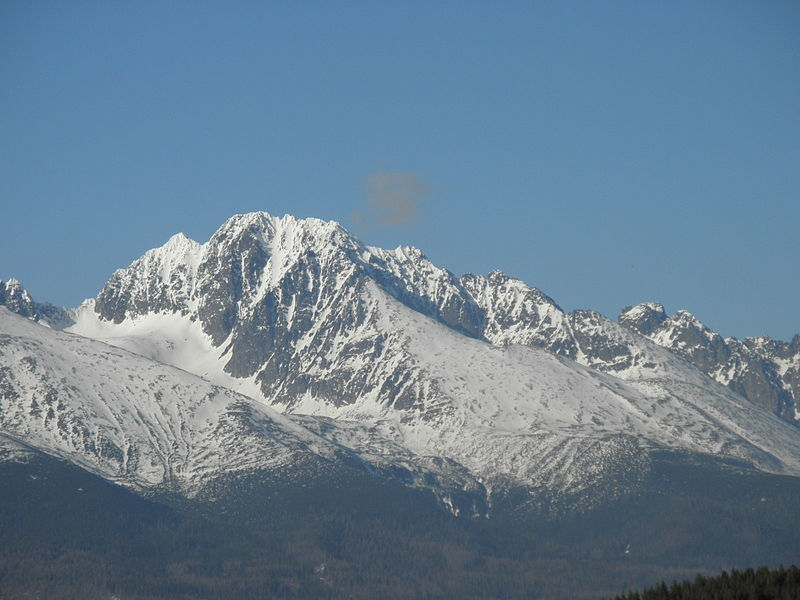 This route is climbed mainly in winter for less difficulty and in the transition perion spring and autumn. The ascent leads there and back through Batizovska próba.
Ascent time: 6 – 9 hours (according to physical fitess)
Maximum number of clients: 2 persons per mountain guide
Climbing difficulty: I – II UIAA

The ascent leads through the Batizovska valley to its end, we cross Batizovska próba. Behind it we set off on a distinctive gutter that leads to Tetmajer´s saddle. From the saddle we continue along the ridge, on the Martinka route. Ideal in late winter or early summer if firn.
Ascent time: 6 – 9 hours (according to physical fitess)
Maximum number of clients: 2 persons per mountain guide
Climbing difficulty: II – III UIAA

The Ascent begins in the same way as the ascent through Velicka próba, in the Velicka valley we turn towards Tatarkova próba. It is a section secured by chains. Then the ascent leads to Tetmajer´s gutter or through Zadný Gerlach (The Rear Gerlach). From there, then by the exposed ridge to the top. The descent is via the Batizovska próba.
Ascent time: 6 – 9 hours (according to physical fitess)
Maximum number of clients: 1 – 2 persons per mountain guide
Climbing difficulty: II – III UIAA

This is the most demanding and exposed ascent Gerlach with a mountain guide. There are a lot of climbing passages. It leads through the Velicka valley almost to its end, across the Litvor saddle to the Gerlach ridge. It continues through Zadný Gerlach to the top. It i sone of the most difficult ascents. Possibility of a longer variant with boarding in the Polish ridge.
Ascent time: 7 – 10 hours (according to physical fitness)
Maximum number of clients: 1 – 2 persons per mountain guide
Climbing difficulty: III UIAA

Attractive ascent to the highest peak in Slovakia. Winter ascent can be done with ski mountaineering equipment and enjoy downhill skiing (according to current conditions).